Electrical technology has changed dramatically since the days when power lines first began to appear along Indiana roads and streets. During the early days, it was hard to imagine for many people how electricity would transform our lives. From air conditioning to computers to LCD TVs, electricity serves our world in so many ways.

“Electrical safety has changed a great deal over time, too,” says Rick Coons, CEO at Indiana Electric Cooperatives (IEC). “Practices that were widely used a couple generations ago would now be considered very dangerous. Part of the reason is that electrical technology has improved, but another reason is that we have a better understanding of how electricity works.”

Consider the changes in home wiring. “When IEC first began to hook homes up to its wires, ceramic knobs and tubes were considered to be safe,” recalls Coons. “Connections were exposed and there was no grounding. We would never think of wiring a home that way today.”

People who grew up when those approaches were used may not recognize the danger. “Nearly all of the improvements in home wiring and electrical safety were developed to address problems with those early wiring styles,” says Coons. In fact, Underwriters Laboratories (UL) was started by the insurance industry in 1894 to standardize electrical practices and reduce the chance of fires. In 1897, the first national electrical code was adopted.

Back in the 1920s and 1930s, the standard industry handbook for electricians suggested they test for voltage by touching wires with their fingers. It claimed the practice was safe as long as the voltage didn’t exceed 250 volts. The same book suggested that lower voltages be checked by placing the electrician’s tongue on the connections. “Obviously, we now realize those practices are foolish and can be deadly,” notes Coons.

Early on, homes had few electrical outlets, so homeowners would plug as many devices as they could into one outlet. “You may remember that scene from the ‘Christmas Story’ movie, when the father can’t get the tree to light up. He wiggles this huge array of plugs, and the sparks fly. That was very common in Indiana homes during the early years of electricity, and it was very dangerous.”

Power overloads could cause overheating and fires, so fuse boxes became a standard safety device. But they were effective only when the proper fuses were used. “Some homeowners would use a different fuse or even place a penny in the fuse socket,” says Coons. “That was a recipe for disaster. That’s why circuit breaker panels were developed. Today, a tripped breaker can be reset with the flip of a switch.

“A giant step in electrical safety came with the creation of the Occupational Safety and Health Administration (OSHA) in 1970. OSHA asked the National Fire Protection Association (NFPA) to develop guidelines for electrical safety in the workplace. In 1979, NFPA released those guidelines, and they’ve helped to make electricity even safer for both workers and homeowners.

Electricity has consistently been getting safer. IEC encourages their members to follow the safety practices that have been set in place today. Doing things the old-fashioned way could be dangerous. 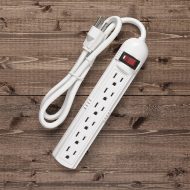