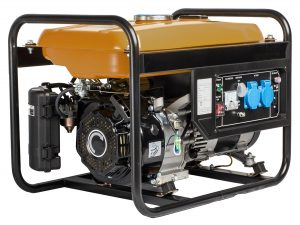 When preparing for winter weather, many homeowners rely on whole house generators and portable generators to power their homes in the event of a long-term power outage. While they are great resources for your home, there are three major risks that are important to prepare against: carbon monoxide poisoning, electrocution or electric shock, and fire.

To prevent carbon monoxide (CO) poisoning, keep generators outdoors, away from doors, windows and vents that could allow CO indoors. CO can’t be seen or smelled; if you start to feel sick, dizzy, or weak while using a generator, get to fresh air right away and call for assistance! To better prepare your home, install CO alarms in central locations on every level of your home and outside sleeping areas. That way, if there are dangerous levels of CO in your home, you’ll be alerted right away.

Water and electricity do not mix – and that stands true with generator safety, too. To avoid electrocution, do not use in rainy or wet conditions. It’s also important to not handle the generator with wet hands to avoid electric shock.

Before plugging in a generator, first check that the cord is undamaged and the plug has all three prongs, especially a grounding pin.

To keep utility workers, neighbors and those in your household from electrocution dangers, never plug a stationary generator into a wall outlet. This process is called “backfeeding” and can be deadly to those nearby.

“Backfeeding” sends power out through the main breaker to the transformer. It then converts it to volts and tries to energize local utility lines. Workers attempting to restore power might unexpectedly encounter this high voltage, which could cause fatal shock.

To prevent a “backfeed,” have a professional install a transfer switch.

When utilizing a generator, it’s always a good idea to have an extra fuel source. Store fuel for the generator in an American National Standards Institute-approved container in a cool, well-ventilated place. Check the instructions or the label on the generator to determine what type of fuel to use.To guard against accidental fire, do not store it near a fuel-burning appliance, such as a natural gas water heater in a garage.

Before refueling your gas-powered generator, turn it off and let it cool. Gasoline spilled on hot engine parts could ignite. Keep children and pets away as well. Many generator components are hot enough to burn you during operation.

Keeping these three risks in mind when installing or utilizing your home’s generator will aid in the safety of you, your home and others.

Backup generator safety for your home

Stay in the car!