Educate children on bus safety before they leave for school!

The bus stop can be a dangerous place for children: bullies, speeding cars, and, electricity? That’s right, electrical dangers are everywhere! The things that seem like minor risks in the moment could end up being deadly.

“Children are very impressionable from a young age, so it’s our duty as parents, grandparents or guardians to inform them of the dangers around them,” said John Gasstrom, CEO of Indiana Electric Cooperatives. “Those dangers could even be at the bus stop or on their way to school.”

Keep these situations in mind when talking to your children about school bus and bus stop safety:

Don’t play near or around power lines or poles while waiting for the bus.

A lot can happen in the few minutes children are waiting for the bus. Children are curious by nature and like to explore. For instance, your child could climb up a nearby tree or electrical pole and accidentally touch a power line. This could be a fatal mistake so make sure your child knows the dangers.

Stay away from pad-mount transformers (those big green boxes) or other electrical equipment.

Children might view these green boxes as playground equipment, perfect for climbing and playing on. So, warn your kids to not put their fingers, sticks or other objects through cracks in a transformer, and explain to them why they should never touch or go near areas where they see hazard stickers.

Plan with your children the different scenarios they could find themselves in.

If their school bus was ever in an accident involving power lines, what would they do? First, assume that the lines are still energized (which means it’s still dangerous). They should remain in the bus as the driver calls 911. If your child must exit the vehicle, advise him or her to always listen for instructions from first responders or the bus driver.

In an emergency, your child may need to jump out the vehicle, with both feet together, avoiding contact with the bus and the ground at the same time. Then, he or she should shuffle away with small steps, keeping both feet together and on the ground at all times. This will reduce the risk for electrical shock or electrocution. Take the opportunity to practice this with your child, even if it’s just from your own vehicle.

Talking to your kids about scary situations can sometimes be difficult but having continuous and proactive conversations is a great way to help them remember when the time comes. You might not think they’re listening in the moment, but when they’re in a tough situation, you want to be that voice inside their heads reminding them to be safe.

Start these energizing chats with your kids!

Here are some other conversation starters to have with your children about electrical safety around the house:

DON’T play near or around power lines or poles while waiting for the bus.

DON’T climb trees nearby your bus stop – you could accidentally touch a power line.

DOremind other kids nearby of electrical dangers if you see them in a dangerous situation.

DON’Tclimb on pad-mount transformers (those big green boxes) or other electrical equipment.

DON’Tput your fingers, sticks or other objects through cracks in a transformer.

DON’T go near areas where you see hazard stickers.

DO tell a parent, teacher or someone from your local electric cooperative if you see a broken lock on a transformer.

DO listen to your bus driver or first responders if you’re in an accident involving a power line.

DON’T exit the bus until an adult tells you to, unless it is an emergency.

In that case, DOjump away from the bus, landing on both feet and shuffling away from danger.

811 Day reminds Hoosiers to call before you dig 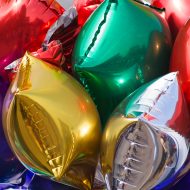