Indiana Electric Cooperatives recognized 10 Indiana legislators for their leadership and support of issues and policies important to Indiana’s electric cooperatives.

One member of Indiana’s congressional delegation and one member of the Indiana general assembly received this recognition in 2014:

“Indiana’s electric cooperatives are grateful to count these legislators as a strong friends and allies,” said Scott Bowers, vice president of government relations for Indiana Electric Cooperatives. “Whether seeking support on key votes or assistance with governmental agencies, they consistently step forward in a bipartisan way to lend a helping hand. These awards are one way of expressing our appreciation and acknowledging their impact on the 1.3 million Hoosiers served by electric cooperatives.”

The ‘Friend of Indiana’s Electric Cooperatives’ award recognizes members of the state’s congressional delegation who have consistently supported policies, issues and regulatory reforms important to Indiana’s electric cooperatives and their mission to provide safe, reliable and affordable electricity.

Eight members of Indiana’s congressional delegation received this recognition in 2014:

“Indiana’s electric cooperatives are both grateful and fortunate to have so many members of our congressional delegation in Washington, D.C., working on our behalf each and every day,” added Bowers. “Their continued support and partnership is essential in our efforts to address various issues and regulatory policies.” 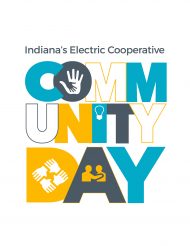